Vista Pipe isn’t interested in being the biggest pipe supplier, only the best. Like many of our clients in this day and age, we operate LEAN AND MEAN. Our focus is to provide the best products on the market while keeping our overhead as low as possible in order to pass that savings on to our clients. It is also our desire to provide the absolute best service to our clients. To streamline our orders, Vista sales professionals also serve as your project managers so your point of contact will be able to answer all of your questions surrounding product, coating and logistics. Post-project follow up with our vendors and clients ensures that Vista Pipe is always improving.

Mick Okrzesik
CEO
Mick Okrzesik is the CEO and co-founder of Vista Pipe & Supply. Mr. Okrzesik has jointly led the team since inception of the company and oversees all strategic, financial and operational aspects of the business. Previously, Mr. Okrzesik served as a board member and President of F-1 Firearms. From 2015 to 2017, Mr. Okrzesik was responsible for the strategic, financial and operational aspects of the company. He and his team grew and positioned the company as a market leader and top performer during his tenure. Prior, Mr. Okrzesik was a top performing sales representative for Pyramid Tubular Products. He has an extensive background in finance, accounting, sales (OCTG, line pipe, HDPE), and operations. Mr. Okrzesik has an MBA from Texas A&M University and a B.S.B.A. from the University of Arkansas.

Tyler Hout
President
Tyler Hout is the President and co-founder of Vista Pipe & Supply. Mr. Hout has jointly led the team since inception of the company and oversees all sales and operational aspects of the business. Previously, he served as the Director of Business Development at Corpac Steel Products, and was an instrumental piece in Corpac’s distributor revenue during his tenure. Mr. Hout has an extensive background in line pipe distribution, OCTG, HDPE and managing projects across North America. Mr. Hout holds a degree in Business Management from the University of Colorado – Leeds School of Business.

Eric Goodwin
Controller
Eric joined the Vista Pipe and Supply as Controller in 2021. Eric is a Colorado native and studied accounting at Colorado State University. Eric came to Vista with over 10 years of experience as a corporate Controller in the underground utility infrastructure industry.

Josh Padilla
Vice President of Sales
Josh brings 15 years of experience in the oil and gas industry to the Vista team. The majority of Josh’s career has been spent in sales management and marketing. In college he worked his summer breaks as an equipment operator for a pipeline company, a workover rig hand, and a wireline operator. After graduating Colorado Mesa University with a B.S in Business Management, Josh left the field and began his career in Flowback and Wireline sales. Josh is an avid outdoorsman and a family man.

Chris Boub
Business Development Manager
Chris joined Vista Pipe in 2018 as Business Development Manager. Chris brings over 10 years of oil and gas industry experience to Vista, most recently managing the sales and marketing efforts for ZAP Engineering & Construction Services in Denver, CO. Chris places tremendous emphasis on building relationships and works to deliver personal service to every client and project. Chris holds a B.S. from South Dakota State University and currently serves on the Board of Directors for the Rocky Mountain Chapter of the GPA Midstream Association.

Taylor Weber
Inside Sales Manager
Taylor joined Vista Pipe in 2019. Prior to joining Vista Pipe, he worked as a technical sales representative for a borehole geophysical instrumentation company. During his tenure, Taylor was able to develop new business in countries around the globe and played a key role in increasing the company’s software sales. Taylor holds a degree in Geology from the University of Colorado.

Chris Rosson
Sales/Business Development
Chris came to Vista Pipe and Supply in September of 2022. Although he is new to Vista Pipe, Chris has been in the Oil and Gas supply business since 2006. Rosson started in the industry selling instrumentation and filtration products in the Fort Worth Basin for midstream operations. Subsequent to that, he held Business Development and Senior Management positions in the pipe, valve, and fittings distribution marketplace where he continued to focus on midstream projects. With 30+ years of feet-on-the-street experience, Chris’ cradle-to-grave approach with the projects he works on assures his customers top-notch service and day-in and day-out attention to detail. Expect excellence every day. 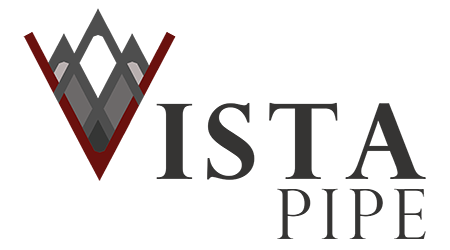